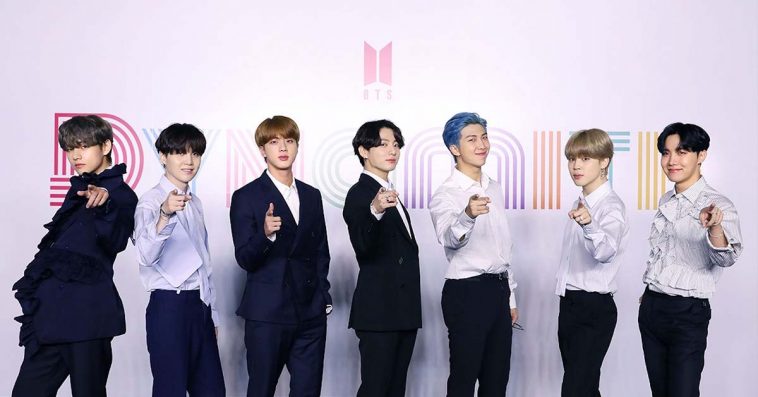 Shookt!!! the worldwide phenomenal K-pop supergroup BTS is really lighting up the world like dynamite and they are about to begin its long-awaited initial public offering process. Damn, Gina!!!

The music-forward company has been long-rumored to be planning to go public, and recent executive-level restructurings and acquisitions have been seen as Big Hit’s continued expansion to become one of the most prominent South Korean entertainment companies.

Big Hit Entertainment which was founded in 2005 is run by CEO Bang Si-Hyuk, a longtime music producer who is credited with creating BTS and setting it on the road to stardom in 2013. Bang owns about 43% of Big Hit, according to a stock exchange filing.

The company manages a number of popular K-pop names, but none as successful as BTS, the seven-member group that has made history by becoming the first South Korean band to storm to the top of the US Billboard Hot 100 singles chart with their English-language hit “Dynamite”.

The hit company label is priced its initial public offering at 135,000 won ($115) each, Big Hit said in a filing on Monday, raising 962.55 million won ($822 million) and valuing the company at 4.8 trillion won ($4.1 billion). That makes the deal South Korea’s largest stock offering since July 2017, according to data compiled by Dealogic. Shares start trading on October 15.

Q. What is an IPO?
Short for initial public offering, IPO is the process of offering shares of a private company to the public. IPO is a big step for a corporation, as it can raise capital for further business expansion.

Currently, each of the big three entertainment labels – S.M. JYP and YG – are listed on the nation’s benchmark bourse KOSPI.

This means retail investors can participate in the action involving a group whose success has been likened to the Beatles. Largely due to the success of BTS, in 2019, Big Hit reported 587.2 billion won, or about $500 million, in revenue, and 98.7 billion won, or $84 million, in operating profit. Big Hit’s contract with BTS expires at the end of 2024. BTS armies, as well as retail investors, are bidding in hopes of securing at least one share.

Aside from their success in the music world, the IPO will make the members of BTS multimillionaires in their own right. In August, CEO Bang Si-Hyuk, gave the seven members, all in their early- to mid-20s, more than 68,000 shares each — that values their stakes at about $8 million apiece. The IPO has made Bang a billionaire.

The group consists of Kim Tae-hyung, also known as V; Jung Ho-seok, or J-Hope; Kim Nam-joon, RM; Kim Seok-jin, Jin; Park Ji-min, Jimin; Jeon Jung-kook, Jungkook; and Min Yoon-gi, or Suga. They’ve been with Big Hit from the beginning, when it was considered a little-known startup.

The group — whose name stands for “Beyond the Scene” — plans to release its second album of the year, called “BE,” in November after releasing its first English-language song “Dynamite” in August.