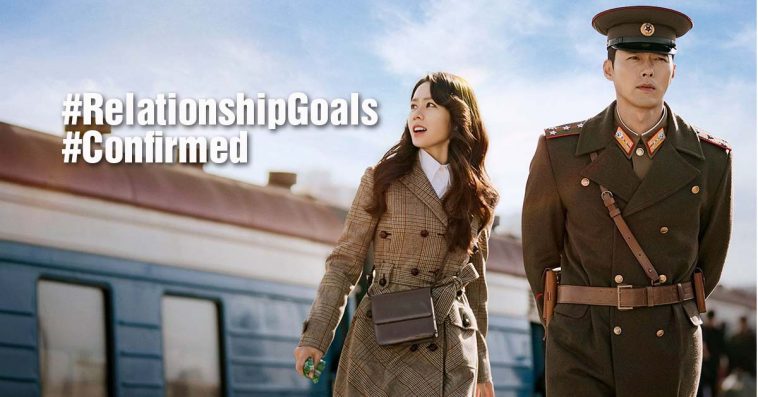 The Ri-Ri couple from hit Korean series “Crash Landing on You” has turned their onscreen romance into a real-life relationship.

On Friday, January 1, South Korean media outlet Dispatch reveals a “new year’s couple,” and for 2021, it’s apparently Crash Landing On You stars Hyun Bin and Son Ye Jin! Dating rumors about them have been circulating since 2018 and were further amplified because of their intense chemistry on CLOY in early 2020. But according to Dispatch, the two have been officially dating months after their K-drama wrapped up — keeping the secret away from their fans for eight months now. This was confirmed by their agencies on New Year’s Day based on statements sent to websites Soompi and Koreaboo.

“Actors Hyun Bin and Son Ye Jin met through their projects, and after the end of their drama, their positive feelings towards one another developed into a romantic relationship,” said Hyun Bin’s agency VAST Entertainment in a statement.

“We ask that you look warmly upon their relationship and cheer them on in the future,” it added.

The actress also made their relationship with Instagram official, posting a photo of a bouquet while sharing news about her personal life for the first time. She said addressing their relationship on social media — to her 3.5 million followers — feels “awkward and strange.” She wrote that she is thankful to have met a good person in Hyun Bin and she will work hard to take care of their relationship.

“Yes, that’s how it turned out,” she said, sharing a photo of a basket of flowers.

“I’m thankful to have been able to meet a good person, and I’ll work hard to tend [to the relationship] with care,” she added.

Hyun Bin and Son Ye-jin, both 38, starred in the 2018 film, “The Negotiation.” They reunited in 2019 for the now-beloved series “Crash Landing on You,” where Hyun played Captain Ri Jeong-hyeok and Son as wealthy business heiress Yoon Se-ri, who crash-landed in North Korea’s portion of the demilitarized zone.