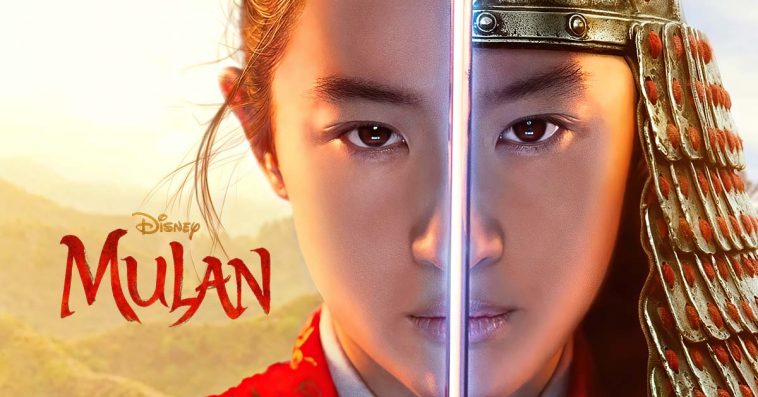 A major clap back for the remake of Disney’s live adaptation of Mulan, it is lit as movie watchers swoon over with different reactions.

Walt Disney’s live-action “Mulan” featuring an all-Asian cast finally premiered in the US on Friday, Sept 4, launching on streaming service Disney+ in a bold small-screen gamble.

The $200 million film is based on the Ballad of Mulan, an old Chinese folk tale about a brave woman who risks her life and “honor” to save her ailing father from serving in the Imperial Army, who disguises herself as a male warrior to battle northern invaders in China.

Directed by Niki Caro, with screenplay by Rick Jaffa, Amanda Silver, Lauren Hynek and Elizabeth Martin, Mulan was scheduled to premiere on March 27 of this year after its March 9 world premiere in Hollywood. However, the coronavirus pandemic squashed those plans, delaying the film to July and then August before finally settling in September, skipping theaters, and will release on the streaming service instead.

“The decision for it to go on Disney+ was a big shock I think for a lot of us,” said actor Jason Scott Lee, who plays the movie’s main villain, adding that the film was “meant to be seen” on the big screen.

“At first it was devastating,” Tzi Ma, who plays Mulan’s father, told AFP. “But after a day or so, I thought about the silver lining… with Covid-19, our responsibilities grow. We want to keep everybody safe.”

Initial reviews have been cautiously positive, with many praising the film’s stunning visuals and willingness to depart from the animation, but some criticizing a lack of character depth or humor.

This terrific live-action remake, which favors spectacle over actual bloodshed, cries out to be seen in cinemas. But for the movie cast, after months of limbo, the film’s long-awaited release alone is enough reason to celebrate.

“It’s been so long, I feel like the film has been caged up, and it just needs to be set free,” said Lee. “It needs to have its wings… let people see it in whatever format.”

For the meantime, Walt Disney’s live-action remake: Mulan is already available for streaming on Disney Plus now. So grab your snacks, get ready on your couch, and enjoy watching it!