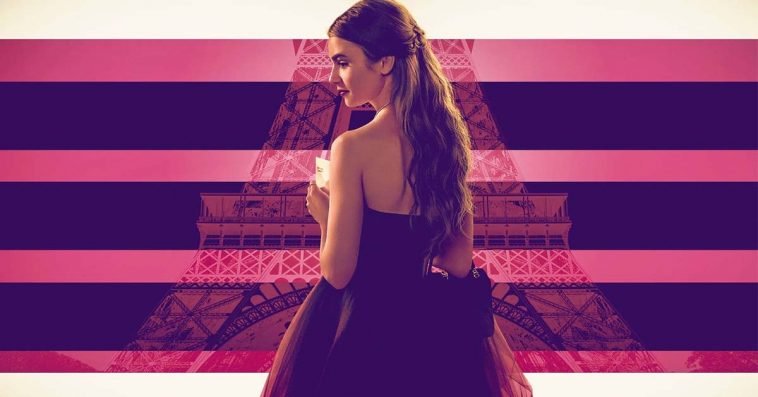 In the midst of this Coronavirus pandemic, one wishes we can escape to the theatres and watch the latest movies to escape our realities. But we cannot. And this is where Netflix shines. The entire world has turned to Netflix for our entertainment and escape. And now with Emily… we can escape to Paris!

Emily in Paris made its Netflix debut in early October 2020. The series revolves around the exploits of Emily, a young ambitious American Chicago-based marketing executive who unexpectedly lands her dream job in Paris after her company acquires a luxury Parisian marketing company.

Emily brings an American millennial approach to the Parisian marketing firm. She also exudes this vibrant style and color in her clothing style, a complete stand out against the sophisticated, sleek (black?) attire of her co-workers.

Much like Devil wears Prada, we can take a peek into the world of fashion. But this time, not just fashion but into other worlds of luxury as well. Food, wine, perfume… name it. It’s Paris!

However, time in Paris is far from easy, as she struggles with culture shock, as well as the universal struggles of work-life balance and the pursuit of love.

The French in the show are stereotypically rude, standoffish, rude, sophisticated, rude and passionate. Emily hits that head on with fun, sweet, quirky Instagram posts, making her the darling of Paris and the bane of the office.

Although the show, which stars Lily Collins, has received top marks from fans, critics are divided, with many slamming the series for excessive cliché use. Still, for those who are looking for their next French-themed streaming obsession, there’s another Netflix tv show that might perfectly fill the void.

Emily Cooper will remind you of Andrea Sachs from Devil Wears Prada as she throws positivity around, gathers help and advice from friends and co-workers. You will root for her, no matter what. But then she will also remind you of Sarah Jessica Parker’s plucky Carrie Bradshaw of Sex in the City fame. She will thumb her nose at the word common and wear her colors and style, and do so proudly.

The show comes from the mind of Darren Star (who famously created “Sex and the City,” among many other shows) who has struck again this time amid pandemic.

This was a breath of sweet air after all the kimchi of K-dramas, many of which can also be found on Netflix if you are into those. It is a light series sure to entertain. And at the end of the series… you will definitely repeat Emily’s French words; enchante!, merci!, bonjour!.