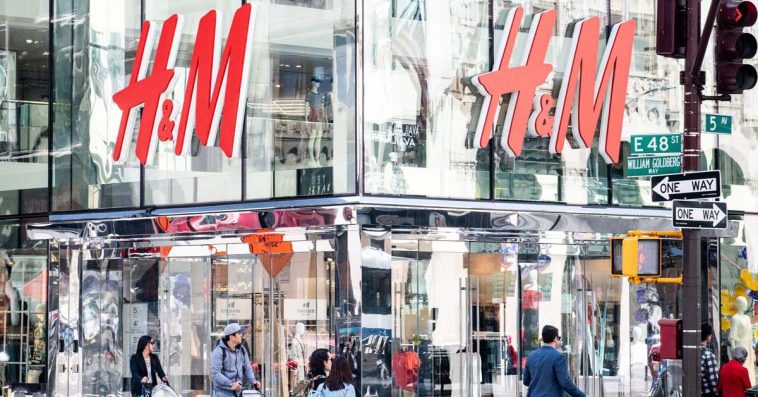 Shookt!!! more and more companies are reducing, downsizing, laying off their employees, worse closing the company down. Damn, 2020! you better stop now.

H&M (Hennes & Mauritz AB) is a Swedish multinational clothing-retail company known for its fast-fashion clothing for men, women, teenagers and children. As of November 2019, H&M operates in 74 countries with over 5,000 stores under the various company brands, with 126,000 full-time equivalent positions.

The brand has expanded to the far reaches of the West and East. But like many other brick & mortar stores, they are dealing with the economic fallout of 2020’s Covid-19 pandemic.

As the coronavirus health crisis has moved more consumers online. In a statement, on Thursday, Oct 1, The Swedish Low-cost fashion brand H&M announced that they will be closing down its brick-and-mortar footprint by 250 of their stores worldwide. The closures for the second-largest fashion retailer around the globe have been scheduled in 2021.

Closures will affect roughly 5% of its total store count, from the company’s 5,000 store locations worldwide.

Surprisingly enough, it’s not because of sales losses during COVID. The company said that its third quarter sales (from June until August) did, in fact, recover as stores reopened. However, the company’s September sales were down 5% from the same time last year.

At the peak of the global pandemic, 80% of their stores were closed.

Basically, people are still shopping at H&M, but they’re shopping online. So physical locations are no longer needed. The numbers equal about 5% of their stores; a list of locations closing has not yet been released.

“More and more customers started shopping online during the pandemic and they are making it clear that they value a convenient and inspiring experience in which stores and online interact and strengthen each other”, H&M CEO Helena Helmersson said in the statement.

“Although the challenges are far from over, we believe that the worst is behind us and we are well placed to come out of the crisis stronger”, H&M CEO Helena Helmersson added in a press release.

The coronavirus has accelerated the trend toward online shopping, which was already disrupting the retail industry and battering major chains before the pandemic hit. H&M rival Inditex, which owns Zara and other fast-fashion brands, said earlier this year it plans to close as many as 1200 stores worldwide.