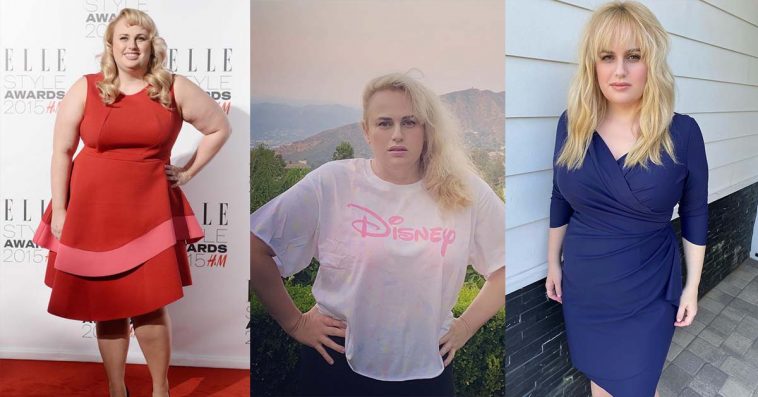 FIT GOALS! Rebel Wilson is showing off her amazing weight loss on socmed, and fans are really shookt by her transformation.

2020 hasn’t been a normal year for everyone, and the entertainment industry has pretty much been shut down since the first quarter of the year. Rebel decided to use a lot of this time on her mental and physical health and the results are stunning.

In January, Rebel started her get-healthy campaign with the basics: walking on the beach, guzzling water and steering clear of sugar and junk food. “Who’s with me in making some positive changes this year?” she wrote.

By May, Rebel told fans she wants to get down to 165 pounds by the end of 2020. Since then, she’s shared regular updates on how she’s changed her diet and focused on exercise.

To achieve this, Rebel’s personal trainer, Jono Castano, told that the star has been using a holistic approach, focusing on both nutrition and exercise.

In terms of eating, Rebel has been following the Mayr Method diet plan, which is based on the “Mayr Cure,” created by Dr. Franz Xaver Mayr, an Austrian physician, nearly 100 years ago.

In an interview, Rebel Wilson revealed her reasons behind her weight loss. The actress has been sharing a tons of selfies on socmed, which has documented her weight loss since last year. For Rebel, the journey hasn’t always been easy, but it has definitely paid off. She had this to say.

“It’s not like I want to lose weight and get to around a certain number. It’s more than that, it’s about dealing mentally with which why I was overeating and I had a job where I was paid a lot of money to be bigger, at times which kind of can mess with your head a bit.”

The Pitch Perfect star hopes to reach her goal by yearend.

Aside from her “Year of Health” journey, the actress has been busy helping those who are more affected by the health crisis. Wilson recently reunited with her fellow Barden Bellas from “Pitch Perfect” to sing Beyoncé’s hit song “Love on Top” in support of UNICEF’s COVID-19 efforts.