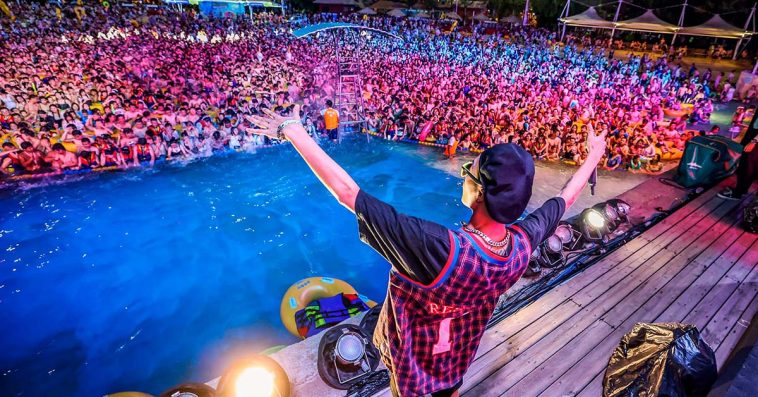 Shookt! a massive pool party held in the city from which the coronavirus originated showed how effectively China has dealt with the pandemic, the authorities insisted, as images from the event prompted outrage all over the socmed.

On Thursday, Aug. 20, thousands of people in Wuhan were seen ignoring social distancing rules and packed into a large swimming pool while being entertained by a rapper. China’s state media then ran stories quoting residents describing the sacrifices the city had made to suppress the disease.

The virus is thought to have begun its worldwide spread at a wet market in Wuhan. There have also been uncorroborated suggestions that it escaped from a virus laboratory in the city.

The footages of the weekend electronic music party in Wuhan – where COVID-19 first emerged in December 2019 – have gone viral, attracting a huge negative response in places where lockdowns are still in effect.

The headline “Life’s a beach in Wuhan as world pays virus price” – splashed across the front page of Australia’s Daily Telegraph – was typical of some mainstream news headlines, while comments on social media sites were more colorfully frank.

Agence France-Presse’s (AFP) video of the event has been viewed more than 16 million times since it was posted.

One Tweep called the event “incredibly irresponsible,” while another suggested there was “no way” it would not lead to more cases of coronavirus.