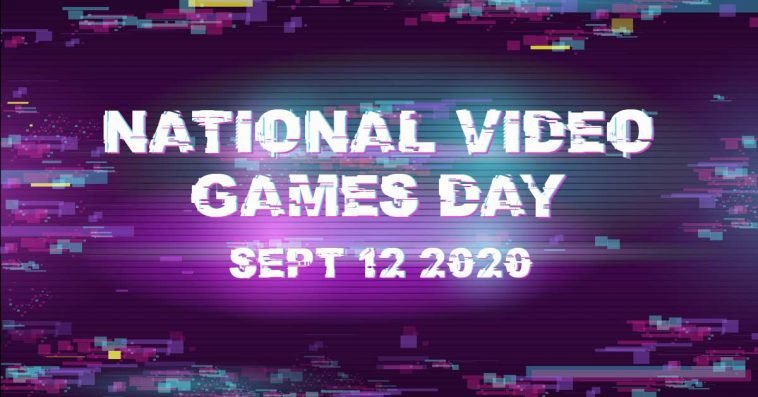 Yasss! there’s no reason to stop pressing the button on September 12, because it’s Video Games Day! Video games originated around 1940, but today, the video game industry is an 18 billion dollar industry that constantly beats out new fun favorites for all ages.

The term “video game” encompasses all kinds of digital games, from old-school Mario games to hot new VR ones like “Beat Saber.” The huge array of video games means there will be something for everyone to play today — whether it’s an old arcade game or Fortnite. If a day alone doesn’t appeal to you, round up some friends for a multiplayer game!

On September 12th, National Video Games Day celebrates all the ways we enjoy a good video game challenge. Video game players across the United States enjoy this day with much enthusiasm. From their very earliest days, video games have been a blend of art form and industry.

The origin story of your favorite video game app in your pocket is actually in research labs. The earliest video games began in the 1950s in universities like the University of Cambridge and MIT. Some games that came out of these were virtual tic tac toe, and “Spacewar!”

When the first home console, designed in 1967 by the “Father of Video Games” Ralph Baer, hit the market, it inspired the classic Atari game “Pong.” Though there was a copyright infringement lawsuit, Atari still took off with the public when they released the Atari 2600. Some of the best games of the ensuing era include “Space Invaders” and “Donkey Kong”.

After the video game market crash in 1983, Japanese company Nintendo burst onto the scene. Nintendo is responsible for some of the most important franchises around — Super Mario Bros, The Legend of Zelda, and Metroid. Nintendo found a challenger in Sega, driving the market into the 3D Gaming world.

The modern era of gaming was truly kicked off in the early 21st century with the Xbox 360, Playstation 3, and the Wii. Video games then invaded media platforms and video game apps flooded the app stores. Lucrative competitions for skilled gamers have begun to spring up worldwide. These days, big video game console companies like Nintendo, Sony, and Microsoft, have their sights set on VR — the exciting future of video gaming gets more and more lifelike every day!

HOW TO CELEBRATE VIDEO GAMES DAY

Celebrating Video Games Day is both easy and fun, get together with your friends and play a bunch of video games! Dig out some of your old consoles and play favorites you haven’t touched in ages, and share them with the newest generation of gamers, or friends who just haven’t seen them. If you want to go all out you can even play an event at a local college or hall and have a bunch of people get together with game themed food and costumes, and of course decorations. Video Games Day is an excuse to go down a path of digital reminiscence, do it with a friend.

The great thing about video games today is that technology has advanced significantly, meaning that you can easily enjoy games with friends and loved ones. You can even connect with other gamers from across the world. So, why not enjoy a video game with a friend? There are lots of multi-player games, and you are bound to have fun taking on a mission together, whether that means taking down the enemy or simply winning a game of football.

If there is a video game that you have been wanting to try for quite some time, Video Games Day gives you the perfect opportunity to treat yourself. You can splurge on the newest craze.