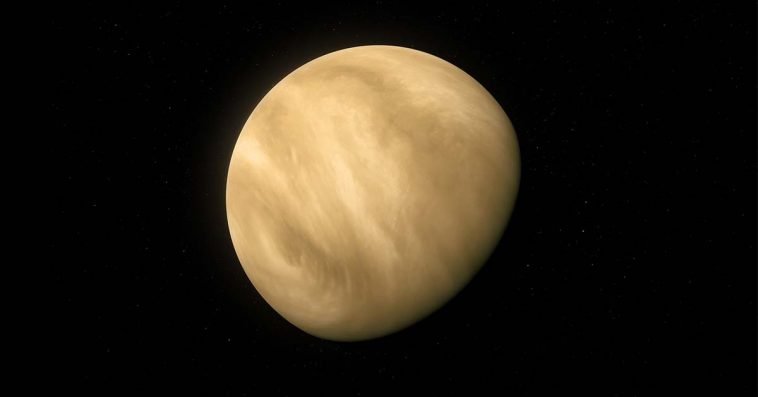 Shookt! microbial life on Venus? here’s what you really need to know about the major discovery.

Venus, the Evening Star, may gleam prettily in our night sky, but up close it’s about as inhospitable as a rocky planet can be, with sulphuric acid rains, a suffocating CO2 atmosphere, and a surface atmospheric pressure up to 100 times greater than Earth’s.

On Monday, Sept 14, a team of scientists announced that the cloud tops of Venus contain traces of phosphine — a toxic, rancid gas that is produced by microbial life (and some industrial processes) on Earth. What’s more, they say, the chemical’s presence is a mystery. No known non-biological processes can create phosphine in the conditions found on Venus.

In an article published Monday in Nature Astronomy, the team of scientists said they used telescopes in the U.S. state of Hawaii and Chile’s the Atacama Desert to observe Venus’ upper cloud deck, around 60 km from the surface.

The head of NASA hailed the discovery as “the most significant development yet” in the hunt for extraterrestrial life.

If they find this positive, it raises the alluring possibility that Venus may harbor alien life in its weird and mysterious clouds. Alternatively, the phosphine could turn out to be the result of some unknown chemical process, which would be enticing in its own right.

The researchers behind the discovery sought to project a mix of both enthusiasm and restraint when they announced their find during a Zoom press conference on Monday.

On Earth, the only natural source of phosphine is generated by microbes in oxygen-starved environments such as lake sediments and animals’ innards; the gas is often associated with feces. Absent of life, the production of phosphine requires great temperatures and pressures, and typically a source of hydrogen to react with.

“We did exhaustively search through all known chemistry and we didn’t find anything that could produce more than the tiniest amount of phosphine in Venus’s atmosphere“, says MIT planetary scientist Sara Seager, who was one of the co-authors on the discovery published in Nature Astronomy, says. That leaves us two possibilities: The gas was created by life or by some chemical interaction scientists don’t yet know about.

Seager is one of the leading dreamers and thinkers in astronomy, looking for life beyond our planet. She studies planets orbiting stars many light-years away and thinks about how to detect life on them and others closer to home, like Venus.

The next obvious step is sending a robotic probe to take a closer look, something NASA and its Russian counterpart seem interested in doing. The U.S. space agency was already considering going forward with two different Venus missions, either or both of which could potentially be modified to look for phosphine or attempt a more direct detection of alien organisms.