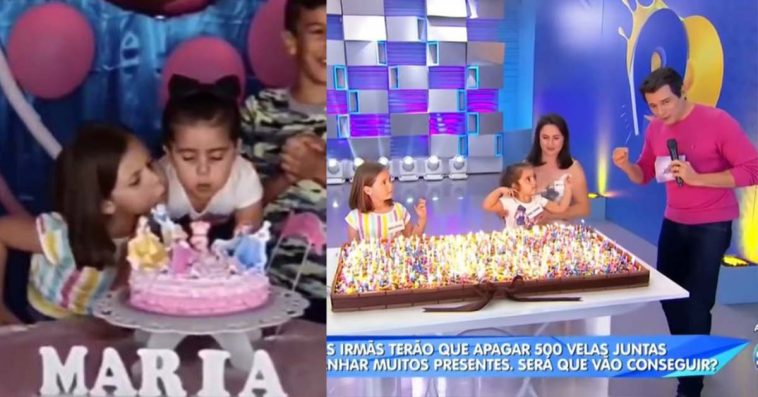 To anyone with siblings, no matter how close you are, sometimes, you have that not-so-good moments with your brother or sister.

It’s bad to steal someone’s moment, but a kid who did it with absolute pleasure—and the sibling whose moment got stolen—has taken the Internet by storm.

On Tuesday, Oct 20, a video of two Brazilian sisters who fought over a birthday candle went viral. People couldn’t get over the reactions from the two sisters, with whom they immediately related to the video.

In an article shared by their aunt and godmother, Gabriela Aureluk, who said that they always put up a celebration in someone’s home on Pato Branco for the girls. Apparently, during Maria Eduarda’s 3rd birthday party, her sister Maria Antonia wasn’t happy with all the attention her sibling was getting. While the celebrant was so excited clapping to the birthday song, her sister wore a frown.

Immediately, Maria Eduarda grabbed her sister’s hair while breaking down. The family members did their best to separate them but then Maria Eduarda gave it a second round.

The real-life drama was filmed by their aunt and has gone viral. With the attention it gained, the two sisters were invited to one of Brazil’s most popular Sunday news programs, Domingo Legal. The highlight of the show was the re-enactment of Maria Eduarda’s “blowing of the candle” moment with her sister. However, instead of a single cake, there were 500 of them!