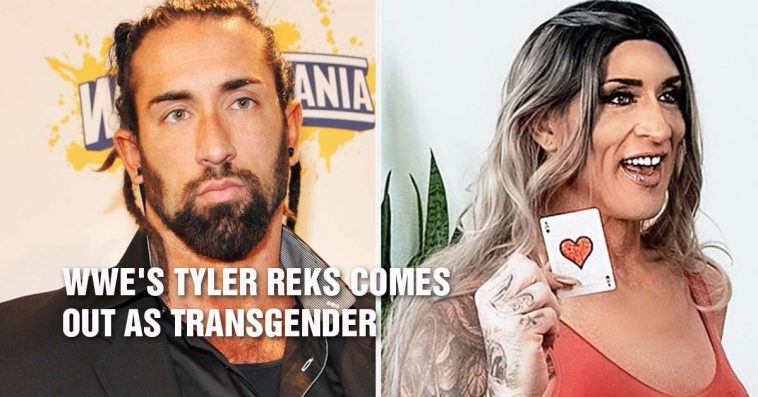 On Thursday, February 4, The retired 42-year-old WWE superstar wrestler formerly known as Gabe Tuft came out as a transgender in a powerful statement shared on her Instagram account.

Tuft was best known under the ring name Tyler Reks or T.Reks. According to WWE, she debuted in 2007 and rose to fame in 2010 as a “key member of the triumphant Team SmackDown at WWE Bragging Rights.” She battled in WWE mega TV events such “Superstars,” “Raw,” “SmackDown” and “WrestleMania.”

WWE dubbed her as “The Dreadlocked Demolition Man” with an intimidating look and “devastating signature maneuver” that could crush his opponents.

Tuft was active in the WWE from 2009-2012. In 2012, she left WWE fame to spend more time with her wife, Priscilla, and their daughter. But her post-wrestling life wasn’t always smooth sailing.

Before retiring, her signature move was known as the “Burning Hammer.” She competed in iconic television events, including “Raw,” “SmackDown” and “WrestleMania.”

Despite all her success during her WWE career, Tuft was still wrestling with a secret persona dwelling deep within her, and recently her coming out moment took it to her Instagram Post.

“This is me. Unashamed, unabashedly me. This is the side of me that has hidden in the shadows, afraid and fearful of what the world would think; afraid of what my family, friends, and followers would say or do,” Tuft wrote.

She also revealed that keeping her true identity a secret has posed a grave threat to her mental health. “The previous eight months have been some of the darkest of my entire life. The emotional turmoil of being transgender and having to face the world has almost ended me on multiple occasions,” she said in her coming-out post.

She explained it further in an interview with NBC. “The pain was overwhelming,” she said, adding that she struggled with suicidal ideation. “I was that person that was always preaching, ‘Never care what people think, go be yourself,’ “ she said. “Then when it came to be my turn, it was so much more difficult than I ever imagined.”

Gabbi Tuft admitted that she has her wife, Priscilla, to thank for motivating her to come out as transgender.

She continued, “My loving wife, family, and closest friends have accepted me for who I am. To them, I am forever grateful. Your support along the way means more than you will ever know.”

While Tuft understands she is not in the place to “change any of your beliefs,” she simply wants to be “truthful and transparent” about her transition to create awareness and be “a light to those that are in need.”

“All I want to do is create empathy and maybe through empathy, we can gain some understanding, and we can reduce the amount of fear and then slowly make a change,” Tuft told NBC. “I think the more relatable that I am, the more that we can create that empathy and build a relationship with people that are watching so that they know they’re not alone.”