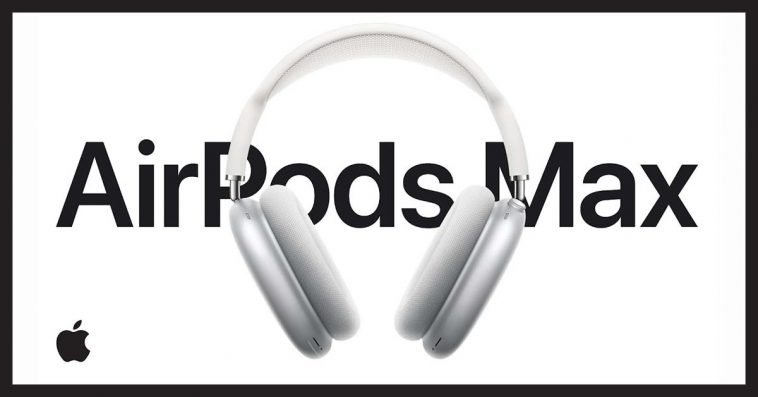 Shookt! Apple has launched their latest high-tech product just in time for the holiday season.

The Apple AirPods Max has finally been unveiled, having been the subject of rumor for quite some time now.

On Tuesday, Dec. 8, Apple announced its first over-ear headphones, Airpods Max, the latest member of its headphone line that brings the technology of its popular AirPods earbuds to rival high-fidelity offerings from Sony, Bose, and Beats. And expanding its push into accessories like Apple’s wearable, the Apple Watch, to supplement revenue generated by its signature iPhone.

The new headphones, which come in five colors to match the iPad Air 4, cost a whopping $549, including all of the features Apple has brought to the AirPods and AirPods Pro, including active noise cancelation, Transparency mode, and spatial audio. The somewhat large cups are wrapped in a “breathable knit mesh canopy” that spans the stainless-steel headband and is designed “to distribute weight and reduce on-head pressure.”

The new AirPods Max, which will have up to 20 hours battery life, is available for preorder today for $549 and will begin shipping on Tuesday, December 15.

Because over-ear headphones create a seal around the ear, they are capable of delivering higher audio quality than in-ear devices and remain the standard form factor in professional studios. The AirPods Max model will compete with high-end headphones such as Bose’s Noise Cancelling 700 units, which retail for $340 with holiday discounts.

At $549, AirPods Max headphones are more expensive than Apple’s entry-level iPhone, iPad, and Watch models. The company also said Tuesday that pricing for its base, in-ear AirPods model and AirPods Pro model would remain the same at $159 and $249, respectively.

Apple had launched its newest iPhone range with faster 5G connectivity in October, a month later than its usual September release, due to pandemic-linked delays.

The company also said Apple Fitness+, its $10 per month fitness subscription service, will be launched on Dec. 14. Shares of Pelton Interactive Inc, which also offers virtual fitness classes, were down 2 percent in before-market trading.