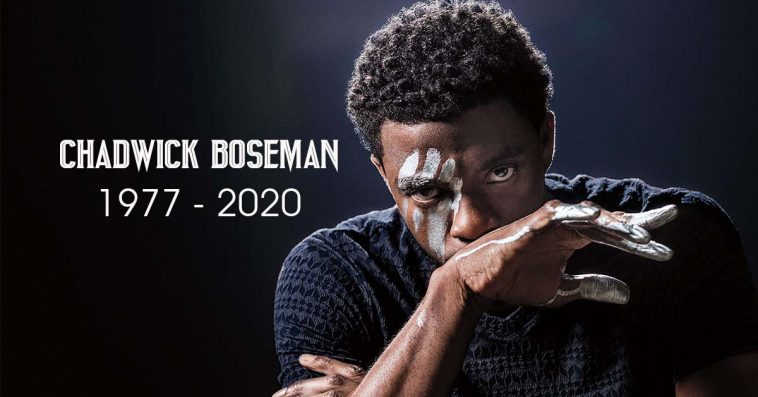 Actor Chadwick Boseman, who played Black icons Jackie Robinson and James Brown before finding fame as the King T’Challa of Black Panther in the Marvel cinematic universe, died on Friday.

He was 43, his publicist, Nicki Fioravante, told The Associated Press. A statement posted on Mr. Boseman’s Instagram account said that Boseman was diagnosed with stage III colon cancer in the year 2016. He battled the deadly disease for four years before it progressed to stage four IV resulting in his demise. Chadwick Boseman’s wife and family were by his side at his home in the Los Angeles when he died.

“It is with immeasurable grief that we confirm the passing of Chadwick Boseman,” the statement said.

“A true fighter, Chadwick persevered through it all, and brought you many of the films you have come to love so much,” the statement said. “From ‘Marshall’ to ‘Da 5 Bloods,’ August Wilson’s ‘Ma Rainey’s Black Bottom’ and several more, all were filmed during and between countless surgeries and chemotherapy.”

Boseman had an impressive filmography, and his promise was considered limitless. His legacy might be summed up in one word: Pride. In addition to the fictional T’Challa, leader of a utopian nation of Wakanda in the Marvel movies, he was known for his powerful, dignified, and humanizing portrayals of pioneering Black American leaders such as baseball great Jackie Robinson in 42; future Supreme Court Justice Thurgood Marshall in the legal drama Marshall, about one of his early cases as an NAACP attorney; and soul star James Brown in the musical biography Get On Up.

Marvel’s Black Panther was a cultural touchstone — the first major superhero movie with an African protagonist; the first to star a majority Black cast; and in Ryan Coogler, the first to employ a Black writer and director. Rest in peace, Chadwick Boseman. WAKANDA FOREVER!