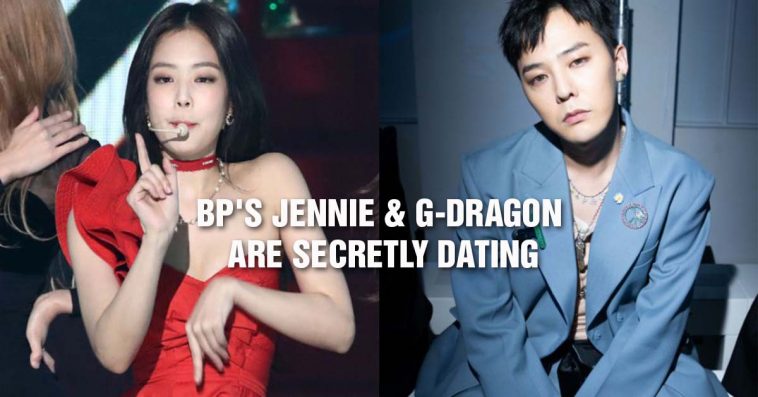 Shookt! after Son Ye Jin and Hyun Bin from Crash Landing on You confirmed that they were dating earlier this year, yet another power couple has exploded onto the scene.

On Wednesday, Feb 24, news broke out that South Korean idols Jennie of Blackpink and rapper G-Dragon of Big Bang are dating!

According to South Korean pop culture website Soompi, Dispatch Korea — a media outlet known for revealing the dating affairs of Korean stars — reported that the two big names in K-pop are in a year-long relationship.

Dispatch disclosed that they witnessed BIGBANG’s G-Dragon, 32, and Blackpink’s Jennie, 25, meeting severtal times. The two K-pop stars have supposedly been in a relationship for over a year. They apparently met in secret and often had their dates at home.

They further explained that the Big Bang member’s home has a personal parking lot and a private elevator going up to his penthouse, thus ensuring their privacy.

Their relationship was apparently a “widely open secret” within the agency, YG Entertainment, and that Jennie’s manager would take her to and from G-Dragon’s luxury penthouse apartment in Hannam-dong after her daily schedule and activities were done. Sometimes, it was G-Dragon’s manager who chauffeured her instead.

Their management agency, YG Entertainment, has refused to confirm the report, which appeared on South Korean entertainment news outlet Dispatch

A terse statement released by the agency on the same day said: “We cannot confirm anything about our artistes’ personal lives. We ask for your understanding.”

The two stars have known each other for more than a decade, since before Jennie made her debut with Blackpink in 2016.

She appeared in his music video for That XX in 2012 and featured in his solo number Black the following year.

G-Dragon, who was discharged from military service in 2019 after a stint of almost two years, had been spotted supporting Jennie, such as at Blackpink’s online concert The Show, on Jan 31.

Jennie, who used to date another boyband member, Kai from Exo, has had fans flocking to support her on social media after the news broke.