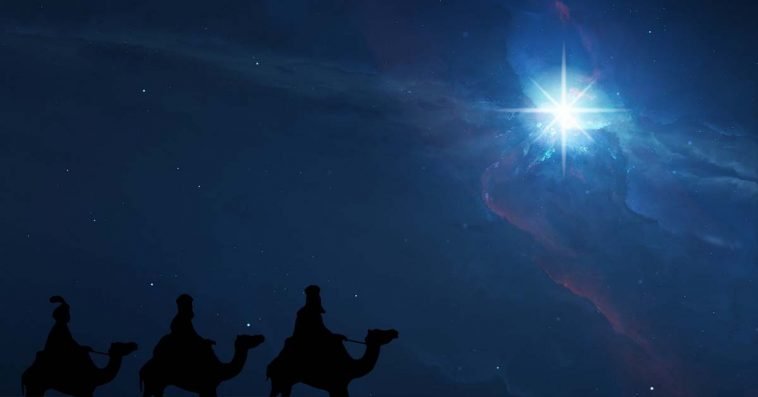 2020 was not the year we expected and has already faced several calamities and a new pandemic, COVID-19, but as the year comes to a close, a bright light signaling a beacon of hope would shine brightly in the night sky.

A bright “Christmas” star will shine in the night sky starting December 21 just before the Christmas holiday when planets Jupiter and Saturn align, a rare phenomenon that only occurs every 800 years.

The rare phenomenon, termed in science as a ‘Great Conjunction’, only happens every 800 years. The two planets align every 20 years, but astronomers say it takes hundreds of years for conjunction this close to happen.

As the planets align, it would look like one large celestial body from the earth. Moreover, the combined brightness of both these planets presents a celestial spectacle for those in Earth.

According to the National Aeronautics and Space Administration (NASA), the two planets have been moving closer toward each other for months.

“Jupiter and Saturn have gradually moved closer to each other over for months, and on December 21, the two worlds will be at their closest, around 1/5 of a full Moon apart. This is close enough that many telescopes may be able to see both planets at once in the same field of view. These conjunctions occur every 20 years, and this is an especially close one”, NASA said in a statement on its website.

NASA, however, said that Jupiter and Saturn will just appear close to each other but they are hundreds of millions miles apart in reality.

“The last time they were this close was about 400 years ago in 1623”, says David Weigel, director of the INTUITIVE Planetarium at the U.S. Space & Rocket Center in Huntsville, Alabama. That’s the time of early astronomers like Gallileo and Johannes Kepler, David said in a report.

The event has been been dubbed the “Christmas star,” because some astronomers have theorized the “Star of Bethlehem” could have been a rare conjunction involving both Jupiter and Saturn.

The alignment of these two planets and its bright shine is akin to the story of how the Three Wise Men followed a dazzling star to Bethlehem. Afterward, they had the honor of meeting the newborn Jesus Christ.