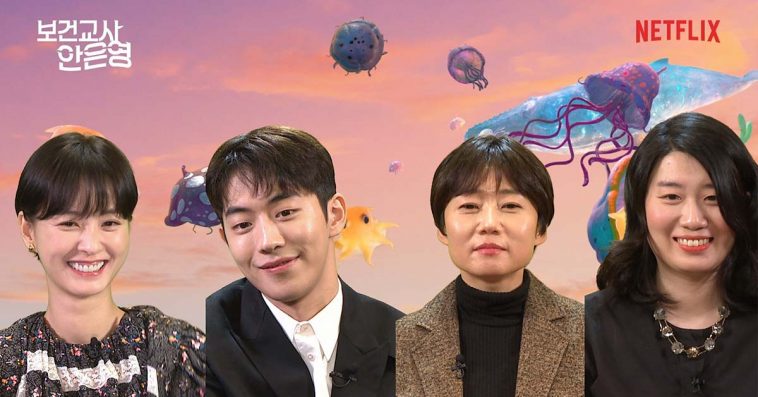 Damn, Gina!!! this is so lit, it’s so oddly bizarre yet entertaining, animating, and funny. Have you seen “The School Nurse Files” already?

When you think of K-Dramas, images of the meet-cute, social class differences, and emo music immediately come to mind. They pretty much have been branded as the “hallmark” films of the east, and for many good reasons such as they are able to capture a wide range of audiences.

These past few years, however, there’s been a shift in the Korean entertainment industry and you might say that this has something to do with BTS attracting global attention — and yes, that is probably true. But Korean films and TV series have always been top-notch and well-thought-out, and the recent international win of “Parasite” is one perfect example. Koreans are trying to expand beyond the usual narrative of K-Dramas. And the newly released Netflix original series “The School Nurse Files” is a by-product of that change that provides a refreshing approach to break the mold.

The fantasy drama is an adaptation of the 2015 cult favorite novel of the same name, written by Chung Se Rang. Jung Yu Mi plays ordinary school nurse Ahn Eun Young who holds a secret power to see these Jellies which are invisible to the human eye. She then comes across the school’s nondescript Chinese teacher, Hong In Pyo (Nam Joo Hyuk), who has a special ability within him as well. After an unforeseen event in the school premises, Jellies take over their school, and the two team up to save the students and themselves.

Director Lee Kyoung Mi shares how these two seemingly average characters become extraordinary when they’re together: “This story is only complete when these two meet. The two inexperienced and awkward people create an interesting tension”.

To get to know more about The School Nurse Files, check out this exclusive interview with the cast from Netflix!