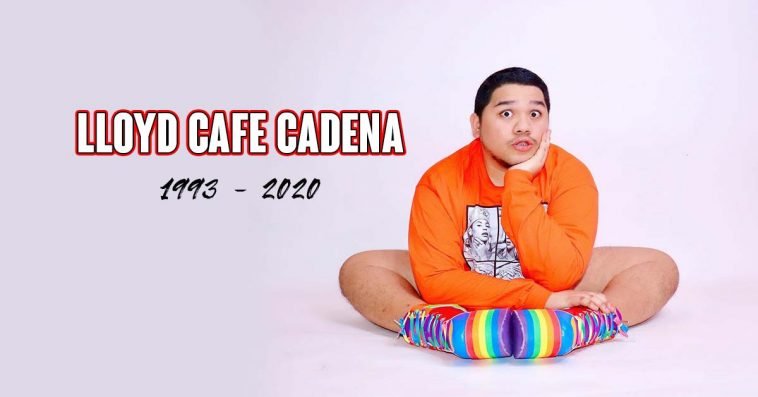 Lloyd Cafe Cadena rose to fame on YouTube by documenting his travel, adventures, and “all other crazy random things he’ll get into as he aims to give laughter and fun to his audience,” He garnered 5.42 million subs and more than 400 million views on his YouTube channel, he also has 6.9 million followers on Facebook, and millions as well on other socmed platforms.

Lloyd was also called “kween LC” on his vlogs and he nicknamed his fanbase as “Cadenators”, many hailed as “one of the pioneers of YouTube vlogging” in the Philippines.

On Friday, Sept. 4, Lloyd’s family announced his death in a statement posted on his official Facebook page.

“It is with a heavy heart and great sadness that we announce the untimely demise of our beloved brother Lloyd Cafe Cadena. May he be remembered for all the joy and laughter he shared with everyone. My family and I ask for your prayers, respect, and privacy during this time,” the post said.

Although the statement didn’t share a cause of death, his family said they hope Lloyd will be “remembered for all the joy and laughter he shared with everyone” worldwide.

His other social media platforms flooded with tributes. Many fans credited him with paving the way for his friends and fellow Filipino content creators.

Mariah Carey couldn’t help but be moved upon hearing about the passing of one of her biggest fans, Lloyd Cafe Cadena.

Lloyd died still doing what he truly loved. One of his final videos, which is just a week old, featured an explanation as to why he decided to buy a house for his mother, who was an overseas Filipino worker.

He also made a video of him giving away tablets to kids struggling to access education during this pandemic, highlighting the problem over equipment and teaching methods that faces the start of online classes.

Rest in Paradise, “Kween LC” Lloyd Cafe Cadena, may he be remembered for all the fun and laughter he shared.