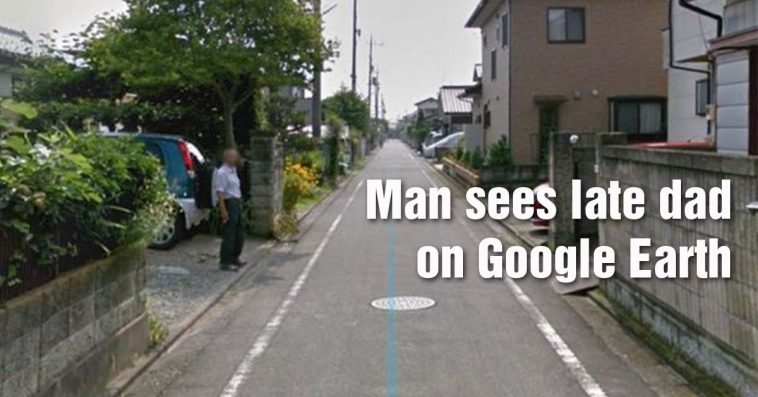 Shookt! A Japanese man looking for his parents’ home on Google Earth made an unexpected find: his late father awaiting his mother’s return.

Google Earth is a great way to learn more about our cities from a street-eye view. People often spend hours revisiting cities from their past, places they’ve been or want to go, and simply using the marvelous technology to travel from the comforts of their home. But for one man in Japan, his leisurely scrolling through Google Earth opened up a portal to the past and flooded him with emotions.

“I have nothing to do in Corona, so when I went to see my parents’ house on Google Earth, I saw my father who died 7 years ago,” he wrote in Japanese.

There is a thread of images in which he shows his father as captured by the Google Earth cameras. He says his father must have been waiting for his mother just outside the house. He can be seen standing by the side of the road. He goes on to say how his father was a quiet man but very kind. At the end of the caption, he requested Google to not update these images for this location on their algorithm so that his father could always be there in the digital space, if not with him in real life.

Twitter user @TeacherUfo shared last Jan. 4 satellite images of his dad standing outside their house as his mother walked down the street holding an umbrella. The emotional post has over 691,000 likes and over 100,000 retweets.

Replies poured in for sympathy and well-wishes to the man.

Someone replied to his post that he should not worry about the software being updated. “Even if it is updated, you can see the past images. On a PC, next to the word Street View in the upper left, You can select past images by clicking the clock mark.”