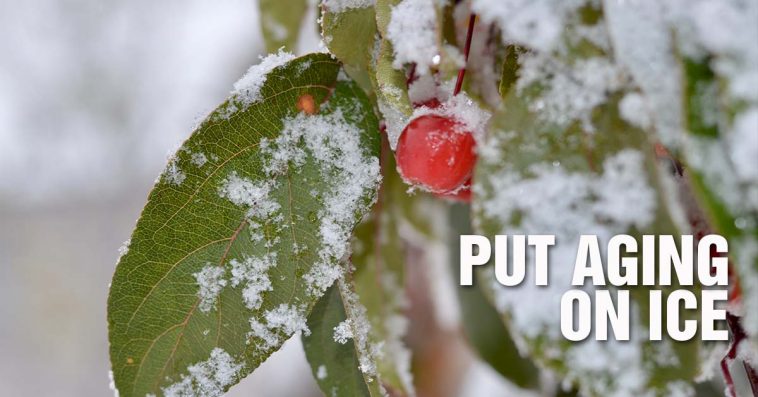 It might sound like something out of a sci-fi movie, but delayed aging is now a reality, thanks to new advances in science and research. Americans are staying younger longer, found a recent study from the USC Leonard Davis School of Gerontology.

“We measured people’s biological age through different markers of good health and found that the pace of aging has slowed over the past 20 years,” explains researcher Eileen M. Crimmins, Ph.D.

People are not just living longer but also enjoying more years of prime mental and physical vitality; she says. While genetics plays a role in how fast we age, new research shows behavioral changes also make an impact. “There’s a lot we can control through diet, exercise, and lifestyle,” says S. Jay Olshansky, Ph.D., a professor at the University of Illinois at Chicago School of Public Health and chief scientist at Lapetus Solutions. Here, based on the latest science, are the five smartest things you can do to get the most powerful anti-aging benefits.

Take a balanced approach to fat

Omega-3 fatty acids have beneficial effects on two markers of bio-logical aging, reports the journal Brain, Behavior, and Immunity. Higher intakes are linked to both a 15 percent reduction in damaging oxidative stress and longer telomeres, protein caps that protect the chromosomes and normally shorten as we age.

You should also cut down on omega-6 fatty acids, found in grapeseed, corn, and sesame oils. In the study, people who had a lower ratio of omega-6 fatty acids to omega-3 fatty acids had the longest (or youngest) telomeres and the lowest levels of oxidative stress. Omega-6s have been shown to increase the inflammation that harms cells, while omega-3s reduce it. The trouble is, our diets tend to favor omega-6’s. To remedy that, aim to get at least 1.25 grams of omega-3s a day (the amount in about three ounces of salmon), and limit your intake of high-omega-6 vegetable oils.

“This is a way to control your insulin levels—one of the likely determinants of the rate of aging,” Olshansky says. “When you eat, your body produces insulin, a hormone that prompts your muscles and liver to absorb the glucose from your blood. Too much insulin over time can harm the mitochondria—little powerhouses in our cells that fuel the body—and also lead to the accumulation of damaged proteins,” says Nathan LeBrasseur, Ph.D., an associate professor in the Department of Physiology and Biomedical Engineering at Mayo Clinic. “This can trigger the development of the disease.”

Preventing big spikes in insulin can help minimize cellular harm. Olshansky suggests having six small meals a day. “And stop eating after dinner because the metabolism slows just before sleep,” he says. Or consider eating all your meals and snacks within an eight- to 10-hour window of time each day, a method known as time-restricted feeding. Early research suggests that this approach may have insulin-sensitizing and anti-aging benefits, LeBrasseur says.

Work out almost every day

“Exercise is the closest thing we have to the fountain of youth so far,” Olshansky says. People who did cardio for 30 minutes five days a week had a biological age that was nearly nine years younger than those who were sedentary, the journal Preventive Medicine reports. Working out reduces inflammation and oxidative stress, two factors that age cells and shorten telomeres.

Other research has shown that doing two strength-training workouts a week is also beneficial. “Exercise rebuilds muscle and makes the body and mind operate more efficiently overall,” Olshansky says. Strength and endurance training also improves your body’s insulin response, LeBrasseur says. “Muscle stores about 80 percent of the sugar you consume through foods,” he explains. “When you train, you make your muscles more effective at absorbing the sugar from your blood, so your body requires less insulin.” Your goal: Thirty minutes or more of moderate to intense cardio and resistance exercise most days of the week.

Stay on your feet

While exercise has a huge impact on aging, how much you move throughout the rest of the day is critical too. In a recent study, researchers from Maastricht University in the Netherlands asked different groups of people to sit for 14 hours a day, sit foils hours and exercise for one hour, and sit for eight to nine hours a day and stand or walk for seven to eight hours. After four days, being completely sedentary increased insulin resistance and cholesterol levels and damaged the endothelial cells, which line the blood vessels.

The message: Both exercise and movement throughout the day are necessary for optimal health, says lead author Bernard Duvivier, M.D.. Ph.D. If you have a sedentary job, try to replace two hours a day of sitting time with standing and walking, he says. Find something that works for you, whether that’s working at a standing desk, getting on your feet when you take a phone call, going for a long walk at lunch, or a combination of these.

Deal with your tension

Meditation is one way to protect yourself from stress. “Our research suggests that the epigenetic clock runs slower in long-term meditators than in those who don’t meditate,” she explains. In the study, the people who meditated daily for at least three years were the ones who benefited.

If that sounds daunting, start small. Try the Insight Timer app (free on App Store, and Google Play). It tracks your meditation streaks and milestones to give you an incentive to keep going.