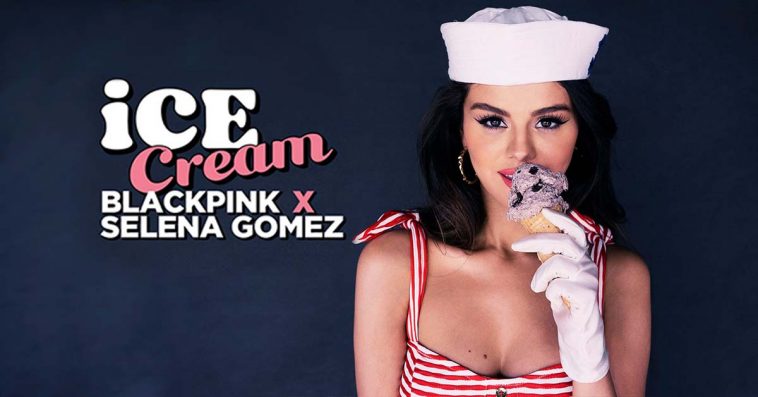 Shookt! Selena Gomez collabs with K-pop group Blackpink for their forthcoming single as she ventures in an ice cream business?

On July 23, on a post via the official Twitter page of their label, YG Entertainment., Blackpink released a teaser poster for their upcoming single revealing that the single will feature a surprise collaboration. After that, rumors began twirling around socmed that BLACKPINK will collaborate with Selena Gomez.

Interscope Records (Selena Gomez’s Label) and YG Entertainment had confirmed that Selena will be joining Jisoo, Jennie, Rosé, and Lisa on a new single. The song is set to release in the fourth week of August.

Additionally, the American singer-songwriter Selena Gomez announced that she will become an investor in Serendipity 3, the New York City landmark restaurant and brand whose over-the-top dessert, Frrrozen Hot Chocolate, has been the talk of the town since 1954.

The treat, made with “pink vanilla ice cream, crunchy cookie bites and swirling gobs of gooey fudge,” will be available for $5.99 in supermarkets, convenience stores, and other food retailers across the United States and online at SerendipityBrands.com.

“For the Cookies & Cream remix, I wanted to put my own personal spin on this classic flavor by making it with pink vanilla ice cream as a nod to my girls BLACKPINK and celebrate our new song ‘Ice Cream,’” Selena said in a statement.

Hopefully “Cookie & Cream Remix” will help boost the sales of Blackpink’s forthcoming new single, “Ice Cream”, which will be featured in the K-pop group’s much-anticipated debut studio album set to be released on October 2, 2020.