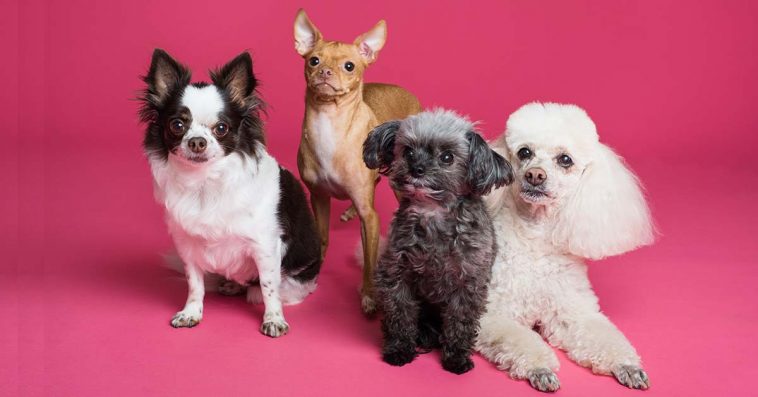 Have you owned, bred, lived, and worked with dogs for the greater part of your life?

Every single day there’s the chance to learn something new about them. So much of what you read about dogs, or are told about dogs, fails to live up to the reality of what they are really like as animals, and how much we can misread and misjudge them.

There are a million interesting things that you can learn about your pets to improve both their life and yours, and understanding what makes your dog tick can be helpful to their home life, to their behavior, and even to their personality.

While some facts will vary based on your own dog, we’ve put together several interesting tidbits to help you learn a little more about the important things to know about your buddy.

1. Every dog is different, even within the same breed. Never expect any new dog you get to be just like the one you had before.

The ability of dogs to be just as individual as people, in terms of their basic character, mental outlook, and behavior, is so often overlooked.

It can also be the source of much disappointment in owners when any new dog they get fails to be as ‘perfect’ as the one they had before. In reality, what makes any dog become that^yuch more special to us is time; the steady build-up of so many life experiences together, and a more gradual understanding and acceptance of each other’s limits, differences, or needs.

We must always give any new dog we get a chance to grow, and be the best version of themselves they can be, rather than unfairly compare them to any dog we had in the past.

2. Picking dog breeds without better research can be a disaster.

Repeatedly, rescue centers become full of dogs who people have picked mostly for their image or looks, and then found just too difficult, or demanding, to live with on a daily basis.

It is vital to research the more typical character, nature, or behavior of any dog breed before you choose it. especially for traits like fearfulness, aggression, or lower or higher levels of sociability or trainability. The information is all readily out there if you look for it, and always err on the side of caution. If you think any breed is going to be tricky for you to own in any way, better not to own it.

3. There is no such thing as ‘choosing a dog for your lifestyle.’

We really hate this bit of advice because it can be completely misinterpreted. It’s as if a dog, rather than being a thinking, sentient creature, wjth his own identity and needs, is just a personal accessory — like a sofa — that might fit better or worse into your particular home.

What about what the dog wants from his lifestyle? We know plenty of human lifestyles that would not suit any dog.

Most people find their lifestyles significantly changed — usually for the better — with the acquisition of a dog, period. There should be more exercise, and sacrifices, and alterations to previous habits (like lie-ins or longer days out) to fulfil the needs of this new animal. And if not, then maybe you should not really have a dog at all!.

Although it is estimated that 50% of any dog’s behavior is genetic, and the rest is down to how well you train and socialize him from puppyhood onwards, in reality, the genetic element of a dog’s behavior may be far stronger or weaker.

The stronger it is, the less leeway you have to change it significantly with training. However, without good training, no dog can do anything but resort to reactions and behaviors that are instinctive, or rewarding, for them to do as a species. We often call this bad behavior.

5. Shouting at a dog is not training; it is just shouting.

The extent to which owners think that constantly yelling at their dogs is a quicker, or easier, substitute for training drives us to despair. We genuinely do not know how dogs can endure this eternal barrage of nagging from their owners on a daily basis, without some drastic fallout on their psychological health, or behavior — which, of course, there often is.

6. Dogs never experience guilt, however much you may imagine they do.

People love to project human emotions, or moral judgements, on to dogs if only to better justify punishing or chastising them. ‘Guilt’ is one of the most classic examples. When a dog has done something his owner thinks is bad, and they storm up to him to tell him so — often many minutes or even hours after the’bad’ event occurred — the submissive behavior the dog shows is just pure fear, and a reaction to the owner’s hostility. It is nothing else. All the owner is doing is punishing the dog for reasons he does not understand, and for showing submission and fear. How can this ever work out well?

7. Many dogs do not want to be sociable, or have an active social life with other dogs they do not know.

A part of us really understands why people want, or even expect, their dogs to have an active and highly successful social life with other dogs. We are a socially active species ourselves, and a dog who is more outgoing and friendly with other dogs reflects much better on us as owners. However, some dogs — for many different genetic and sometimes environmental, reasons — are just not wired to be this way.

They can only exist happily in a world of more limited and familiar social connections. Beyond that, any newer dogs or people they encounter may trigger feelings of threat or anxiety.

Dogs can be trained to gradually stretch their own social capacities, but continually forcing new or strange social encounters upon them that they do not want, or are not yet ready for, is a source of much social aggression and anxiety in modern dogs.

People commonly say: “there is no such thing as a bad dog, only bad owners,” which isn’t true. Some dogs can behave very badly or dangerously indeed, even with the most exemplary owners, due to mental or psychological difficulties that have a genetic root.

Aggression in dogs, however, is always the outward eruption of some deeper inner turmoil, and stems from a place of fear, insecurity, anxiety, or even panic. For owners of such dogs, the goal is to try to pinpoint the problem in their lives to which they think aggression is the answer, then try to fix it if they can.

9. However, not all ‘problem’ dogs can be fixed.

Although most dogs’ behavior can significantly change and improve with the right training, this will not be the case for all of them.

It concerns us how often the owners of more seriously troubled dogs are given the impression — particularly in TV programs, or by more dubious, self-styled dog experts’ online — that they can all be fixed, and this simple program or technique will stop your dog’s problem behavior forever.

It is nonsense, not least because dogs are a whole lot more mentally and emotionally complex than that. But people keep wanting to believe it, for wholly understandable reasons. We do not like owners being given false hope, or having their desperation and love for their dogs immorally exploited by others for financial gain.

Owners like these deserve greater honesty, and to understand the point at which any dog’s behavior can’t be meaningfully changed, or has become too dangerous for them to manage on a daily basis.

We don’t know how they do it, but dogs just have a way of getting past every single emotional defense we possess as humans, and into our hearts. You always think you will never love the dog you have now like the one you had before, but you always do.

The love just sneaks up on you again, over time, and gets under your skin. We cannot stop ourselves loving dogs. There is just some mysterious and magical connection between us as species.

It is also why no matter how many times we may have gone through it there is still no pain on this earth like losing a dog you love. And that bit of your heart he lived in, goes with him.