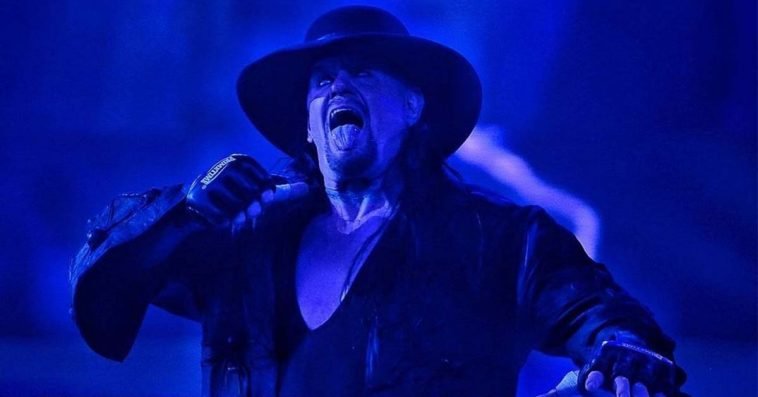 Shookt! it was an emotional moment for the world of professional wrestling, and for the million fans of WWE and The Undertaker. You are a legacy and simply irreplaceable, its an honor growing up with you.

On Sunday Night, Nov 22, After 30 years, Mark Calaway – better known as The Undertaker – graced the WWE ring for the last time as he bid farewell at the Survivor Series.

Following the clash between Roman Reigns and Drew McIntyre, The Undertaker made his final walk to the ring with his iconic theme song.

Several of his rivals and tag team partners — including his “brother”, Kane — appeared in the ceremony to pay tribute to The Undertaker, who became one of the most enduring superstars in the company’s history.

“My time has come to let The @undertaker rest … in … peace,” read a post tweeted by the official account of WWE along with a photograph of ‘The Undertaker’.

The Undertaker announced his retirement during the last episode of the documentary “Undertaker: The Last Ride”, which aired in June. He confirmed it in November, saying he was “officially retired”.

Calaway’s last match in the WWE came at WrestleMania 36, when he defeated AJ Styles in a cinematic “boneyard” match and buried him in an empty grave.

Ahead of Sunday’s ceremony, several wrestlers paid tribute to Calaway, including Dwayne “The Rock” Johnson, who said he was “honored to share the ring” with The Undertaker.

On Twitter, fans and other wrestlers used the hashtag “#ThankYouTaker to reminisce about their favorite matches and memories involving The Undertaker and to express their gratitude to Calaway for his impact on the industry.